Raiders of the Lost Hillock … 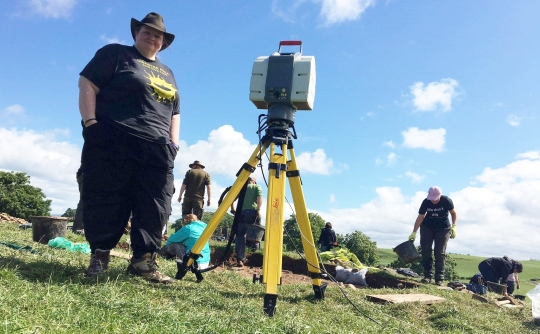 In a first for the world of archaeology, Dr Nik Whitehead (pictured) recently took the School of Applied Computing’s laser survey scanner to a top-secret Bronze Age dig in the North West of England.

The technology had never been applied in the field in this way before, and was used to scan finds in situ as they emerged from the ground encased in mud. When the data captured onsite has been processed and analysed, it’s hoped that it will reveal information about remains and artefacts which can’t be seen with the naked eye.

Nik was also lucky enough to uncover an interesting find herself during her visit, a fragment of rock quartz excitingly labelled as “small item 74, found in context 2 of trench 2.” 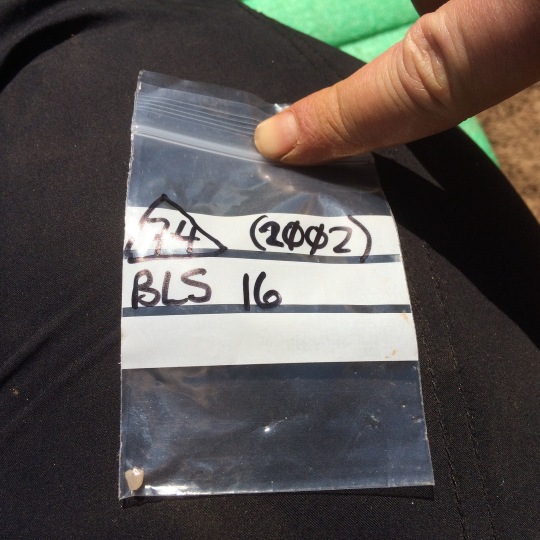 To prevent plundering, the location of the dig is a closely-guarded secret. The site was discovered in 2013, when two metal detectorists found a small but well-preserved Early Bronze Age hoard – extremely uncommon in this part of Britain.  An assessment of the area by the Portable Antiquities Scheme sparked great excitement; the discovery of jet, worked flint, cremated bone and charcoal confirmed that the detectorists had located something highly significant.

The site has been identified from the evidence as a prehistoric burial mound, or round barrow, in use between the Late Neolithic and Late Bronze Age, a remarkable 1,200 period waiting to be explored. But the really exciting thing about this one is that it was intact.

Most barrows were severely damaged by 18th and 19th century antiquarians, who dug into them indiscriminately looking for treasure.  So archaeologists rarely have an opportunity to excavate one that’s completely untouched – which makes the Lancashire barrow of major importance.

First Class Result for the School of Applied Computing

This site uses Akismet to reduce spam. Learn how your comment data is processed.