*CONGRATULATIONS * to all our HND, Degree and Masters students on completing their final year projects. For more pictures please click on the image below: 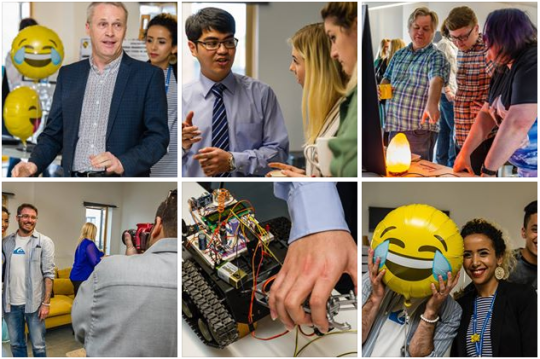 SoAC prepares for another fantastic Degree Show – and you’re invited! 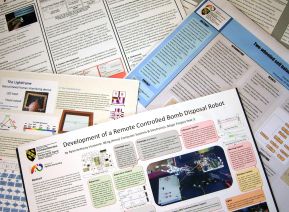 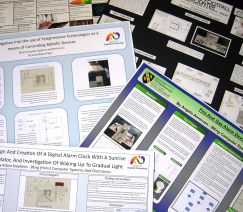 Anticipation is building in the School of Applied Computing in advance of this year’s Degree Show.  The Exhibition Boards produced by our final-years summarising their projects are being prepared today ready to be taken down to TechHub for Thursday evening’s event.

The Degree Show, a highlight in the School’s calendar, provides an opportunity for the students to showcase all their hard work and discuss it with the public.  It’s also a forum for local employers looking for computing graduates with their skills to meet our students and talk to them about their projects.

As always, you’ll find an impressive range of innovative and exciting projects on show this year.

Open to all and free entry, the Degree Show’s doors open at 5pm this Thursday, 26th May, at the new TechHub venue on Swansea High Street.  The entrance to TechHub is situated opposite Volcano Theatre (the Iceland Building).  See you there! 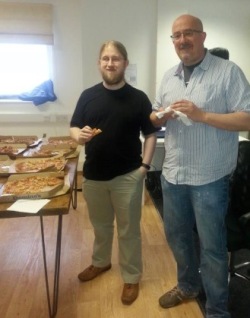 And yes … there will be pizza!

Following their first biodiversity lunchtime walk in January, the School of Applied Computing’s Green Impact Team have arranged another one for Tuesday 17th May 2016. Do join us! We’re meeting at 1.10 pm at Reception.

Mount Pleasant forms the eastern fringe of Mayhill – as well as providing a great opportunity to stretch your legs and admire the stunning views across the bay, Mayhill is surprisingly full of history. “People don’t realise just how much is there!” says lecturer Sue Maw, a former Mayhill resident. Here’s her run-down on what you can find just a stone’s throw from the campus …

Mayhill was originally open countryside, which was divided into a patchwork of hedged fields following the 1762 Enclosure Act – in places, old banks and walls can still be seen. Just off Creidiol Road lies the old Washing Pond. Fed by springs, it was used in the Middle Ages for washing laundry, later becoming the source of water for Swansea’s Victorian Workhouse. Although the pond has silted up in recent years, it’s currently being renovated by local volunteers.

Further along is an old burial ground, established in the mid-1700s for Swansea’s then-sizeable Jewish community. It was located outside the city limits on a hillside facing towards Jerusalem in accordance with tradition. Out of use by the 1960s, it’s recently been restored and is an important are for wildlife.

In more recent times, Mayhill became the location for the first social housing estate in Britain – Mayhill Garden City. The first six council homes ever built can still be seen at numbers 2 to 12 Islwyn Road.

It’s been a busy day in the SoAC School Office as our third years call in to drop off their Exhibition Boards for marking.

But there’s far more to the Exhibition Boards than simply getting a good grade.  Producing an A1-size poster summarising their degree project also gives students the opportunity to develop presentation and marketing skills – vital in today’s workplace.

After the boards have been marked, the students will be displaying their work to the public at the School’s 2016 Degree Show at TechHub on May 26th. But as well as showcasing their boards, the poster event also gives them the chance to meet local employers who are looking for graduates with their skills.

Businesses and entrepreneurs come to the annual event to browse the ability, innovation and initiative on show.   But they don’t just look.  Impressed employers at previous years’ Degree Shows have offered graduate placements and work experience .. . so don’t miss it! 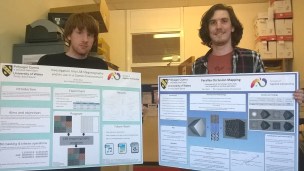 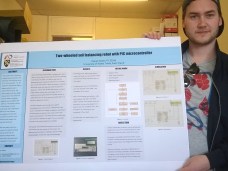 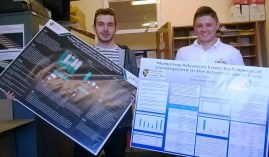 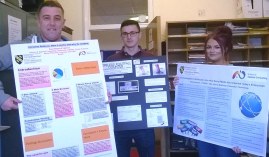 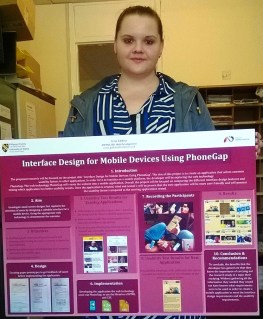 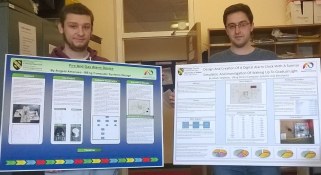 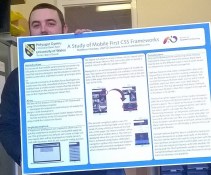 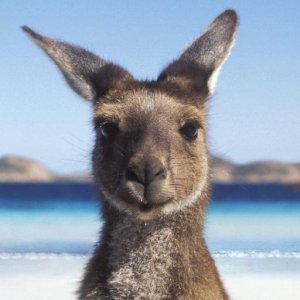 The School has organised 4 student exchange placements with the University of New South Wales Australia. This is an EXCELLENT AND EXCITING Opportunity. The placement is a minimum of 3 months and up to 12 months, stipend $500 cash a week, for under-graduate, master or phd students, or someone just finished these degrees. Can start from now or anytime. For more details please contact my colleague Carlene Campbell via e-mail: Carlene.campbell@uwtsd.ac.uk.
If you would like a paid placement in the Sunny blue skies of Australia (just like Swansea today 😉 please contact Carlene or Skippy https://goo.gl/456iwc asap as there’s only 4 placements left. 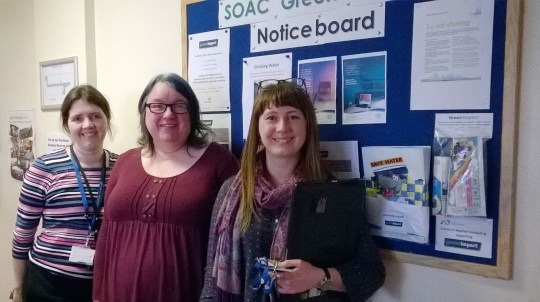 You can’t have missed noticing what a green bunch we are in the School of Applied Computing. From the  message on the 3rd-floor screen about our recycling point to the stickers reminding you to switch off lights as you leave a room, we never miss an opportunity to do our bit for the environment.

The chance came to prove it today when we were audited for the NUS Green Impact Bronze Award.  The criteria we were assessed on were :

We’ve thoroughly enjoyed participating in Green Impact this academic year.  It’s given us the chance to engage with sustainability at an everyday level, raise awareness and develop good practice within the School.

Our Team’s contribution is currently being assessed, with the results of the awards to be announced shortly.  Watch this space! 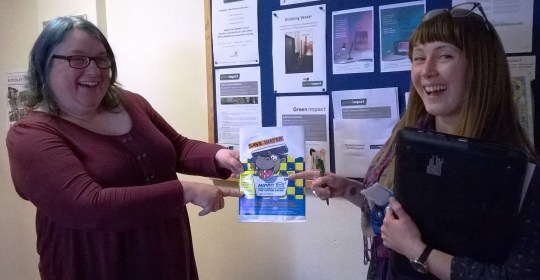